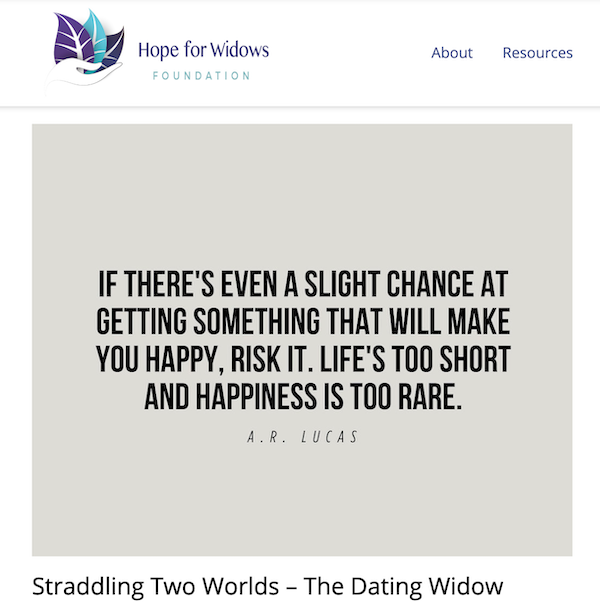 Once again, it’s the worst week of the year and I’m trying to make the best of it. My husband died on August 13, 2017. His birthday is August 23rd. The year he died, those 10 days were a fog of grief and pain. Rick was in remission, so his death came as a shock that Sunday. I remember feeling dread that morning, but by noon, I still really had no idea how the day was going to end: that very evening, I would be struggling to let go of his lifeless body, knowing it was the last time I would ever touch him.

So, yes, two years ago, the days between August 13th and 23rd were a fog. All I can recall is that I was surrounded by my children, stepchildren, grandchildren, niece, nephew, great nephews, and friends nearly constantly. My meals were cooked for me, details were attended to by others, my son picked up Rick’s ashes. One evening, the entire family sat around the dining room table planning a wonderful celebration of life to be held under a gazebo in a park on Rick’s birthday the following week. My family and friends set up and carried out every detail of the beautiful event and it was exactly what Rick had requested when we both discussed our final wishes years earlier. In fact, I know it was better than Rick ever dreamed when he told me to use the traditional funeral expenses to throw a party instead. It was a fantastic Hawaiian-themed BBQ and the perfect send off for my unique, imaginative man.

Last year, the first anniversary of his death, I once again spent time with family and friends, and I mostly cried my way through the ten-day period. I visited my grief counselor, wrote poetry and blogs, and spent hours in bed mired in grief for all that I had lost. This year, in the same ten-day period, I’ve written some poetry and shed some tears, but those days of constant grief are mostly behind me, and my life has taken a significant turn…