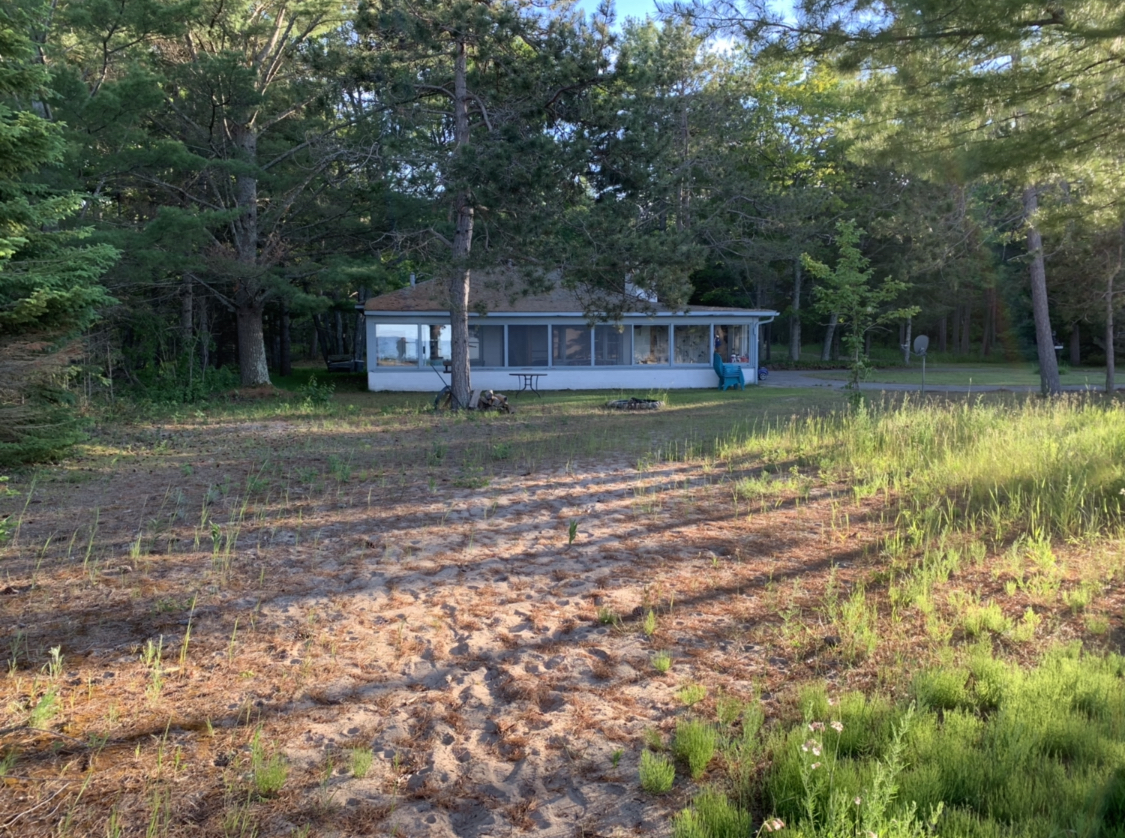 It’s a beautiful day in northern Michigan, the beginning of the week-long vacation my family and I enjoy every July at our cottage. My grandpa built his retirement home on Lake Huron nearly sixty years ago and it’s been passed down through generations to those of us who enjoy it today. We call it Paradise.

For me, coming here as an adult has always been bittersweet. The house is filled with the ghosts of my childhood. How can I walk through the door each summer and not hear my grandpa’s roar of a laugh as he told my little brother and me tales of wrestling bears in his youth? Or imagine the savory smells from the kitchen as grandma put out a huge spread of food to greet the family? I can still hear my Aunt Ariel who lived next door announcing herself with a high-pitched “yoo-hoo!” as the back screen door slams behind her. I even remember visiting the old woman two lanes down on the beach, the amusing theatrical character my grandpa jokingly referred to as an old witch, and who gave me my first taste of blueberry tart fresh from her oven.

My mom and dad first brought my little brother and me here when I was four. It was my dad’s favorite place, and over the years, it grew to be mine as well. He and I sometimes made trips alone because my mom never shared his enthusiasm for the sand or the woods. Later, as a young single mother, I introduced my own four-year-old son to the pleasures of Paradise.

My dad passed away seven years ago, but traditions continue, and among the group assembled on the beach today are my own four-year-old grandson, his two-year-old brother, my now-adult son and his wife. My niece, her husband and sons join us each year and we are a full house – the ghosts from my past, the living, and me.

When I married Rick, we didn’t have a lot of time to come up here because we lived too far away. Early in our marriage, we relocated to the Chesapeake Bay area for his job. When we were finally back in Michigan, we had ten years in which we were close enough to pop up here for weekends away before he died. But eventually, he began to complain that he didn’t like coming up here. I can’t blame him, since every spring upon our arrival, we discovered some dilemma (and expense)  or another. The pipes burst, the furnace stopped working, the toilet or septic went out, the roof leaked, the internet reception was spotty. It was always something. And then there was the year we couldn’t go outside the entire weekend due to swarms of bugs – noseeums or gnats or whatever – that entered our eyes, noses, and mouths whenever we attempted to leave the house.

Every year, he bitched about going up north, but every year he came with me for short weekends – or longer – because he knew how much I loved it. And each time we came, I knew he loved me enough to take me to Paradise.

And now that I’m nearing the end of my second year without him, now that I’m back to myself again, I’m used driving up alone. Well, mostly. The minute I drove onto the expressway at the beginning of the four-plus hour trip yesterday, I let out an entirely unexpected sob, but it was a quick one and I drove on.

I think the fact that I’m “normal” again means that when a memory comes out of the blue like that, it’s more of a punch to the gut. We dropped by the Walmart this morning for the usual forgotten items, and as I walked through the men’s department I distinctly heard him say, “I’ve got to get my vacation hat!” It was a ritual year after year. He’d insist he was owed a hat to memorialize each vacation, and I’d complain that he had way too many hats already. But he’d get one just the same. It was all part of our dance. There’s a two-foot high pile of hats in the corner of his office still waiting for me to sort through and donate them. I intended to keep two or three, but wasn’t able to part with any of them.

One of my favorite pictures, the main picture I’ve featured in my Writing Widow blog, is of Rick sitting in a plastic Adirondack chair with a glass of wine in his hand waiting for me to join him on the beach. I clipped it from a video I have of him smiling and waving to me as I walked towards him on one of our last trips together to Paradise. I often wondered over the past two years since his death, where he is now? Is there a heaven? Is his spirit floating around watching me? I choose to think he’s always been right here in his chair on the beach waiting for me to join him for eternity when my time comes.

I think he’d be content here now. After all, he can leave those worries about septic tanks and busted water heaters to the living. Perhaps my dad has introduced him to my grandpa, and they’ve joined him in our spot on the beach, sitting around a bonfire like we all did when I was a young girl. Maybe they’re chatting together about their lives and their loves.

Yes, I hope they’re all here together, my ghosts…the three men who loved me the most. Because if they are all here, I have comfort in knowing that I’ll see them all again someday, here in my favorite spot, in our little Paradise.

2 Replies to “Our Little Paradise”